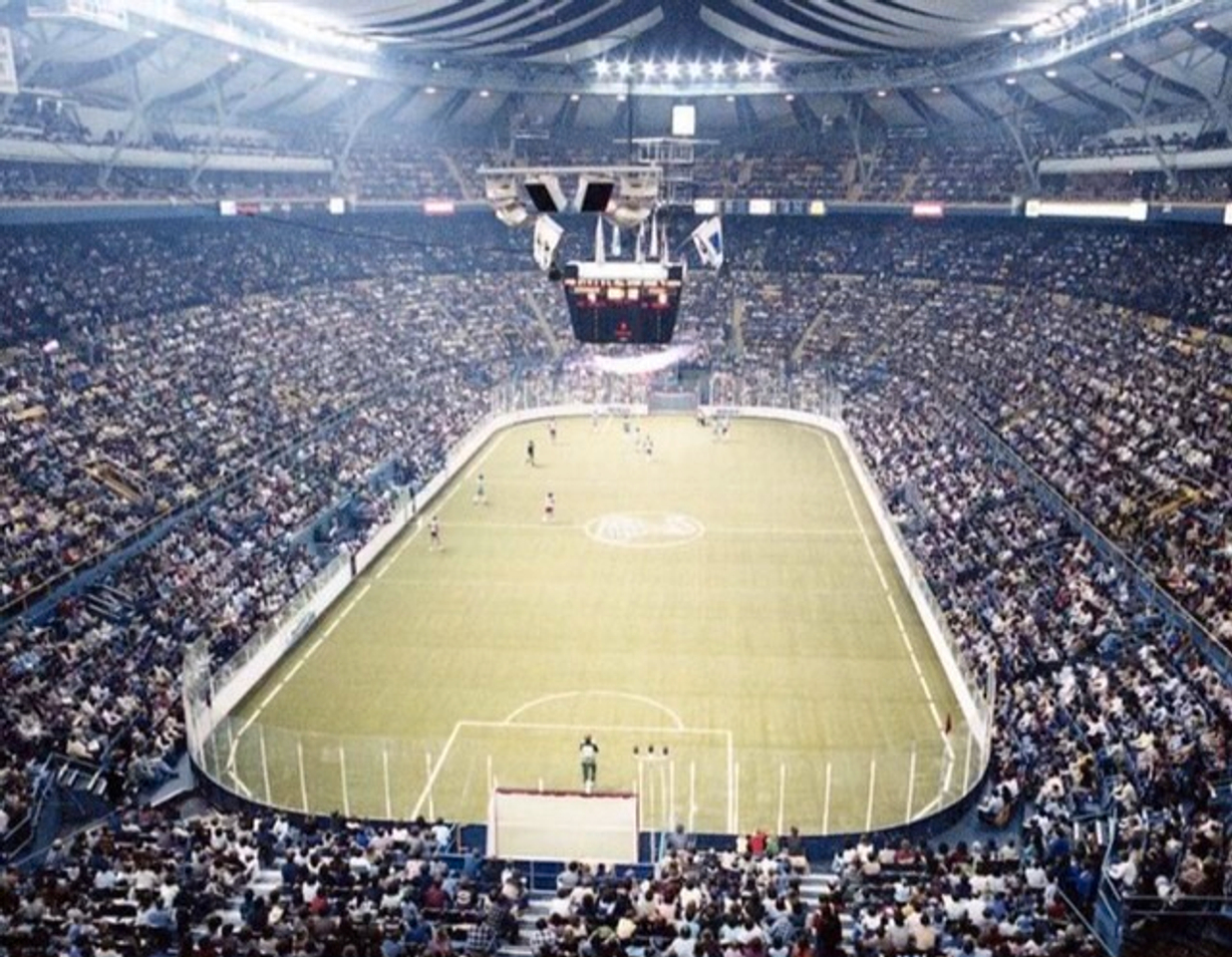 Indoor Soccer is a type of soccer played on a smaller, indoor field covered by artificial turf and surrounded by dasher boards and plexiglass to keep the ball in play. A traditional indoor soccer field is 200 x 85, the same size as an NHL hockey rink. And because so, the game is played at a much quicker pace than the traditional outdoor soccer game. Unlike outdoor soccer, indoor soccer has primarily been a winter sport. More than a century old, indoor soccer has passed through many hands before gaining an international stronghold as an official league sport. By the early twentieth century, indoor soccer had already been established in many countries, and has a fairly detailed history, mostly having to do with the many leagues that had a hand in making indoor soccer the sport it is today. 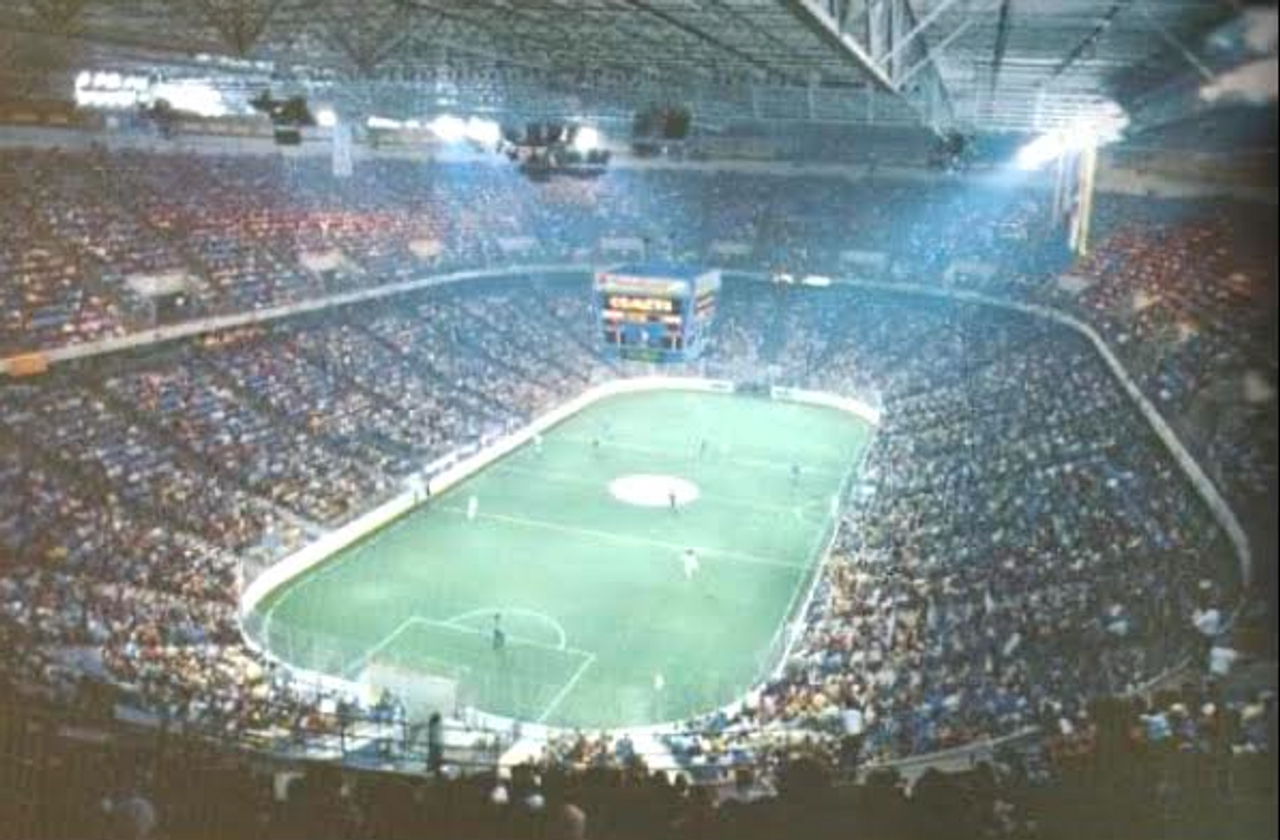 The 1981-82 season saw the St. Louis Steamers draw over 17,000 fans per game, which was the 2nd highest average attendance for any professional indoor sport in North American, just behind the Edmonton Oilers, who featured “The Great One” Wayne Gretzky. 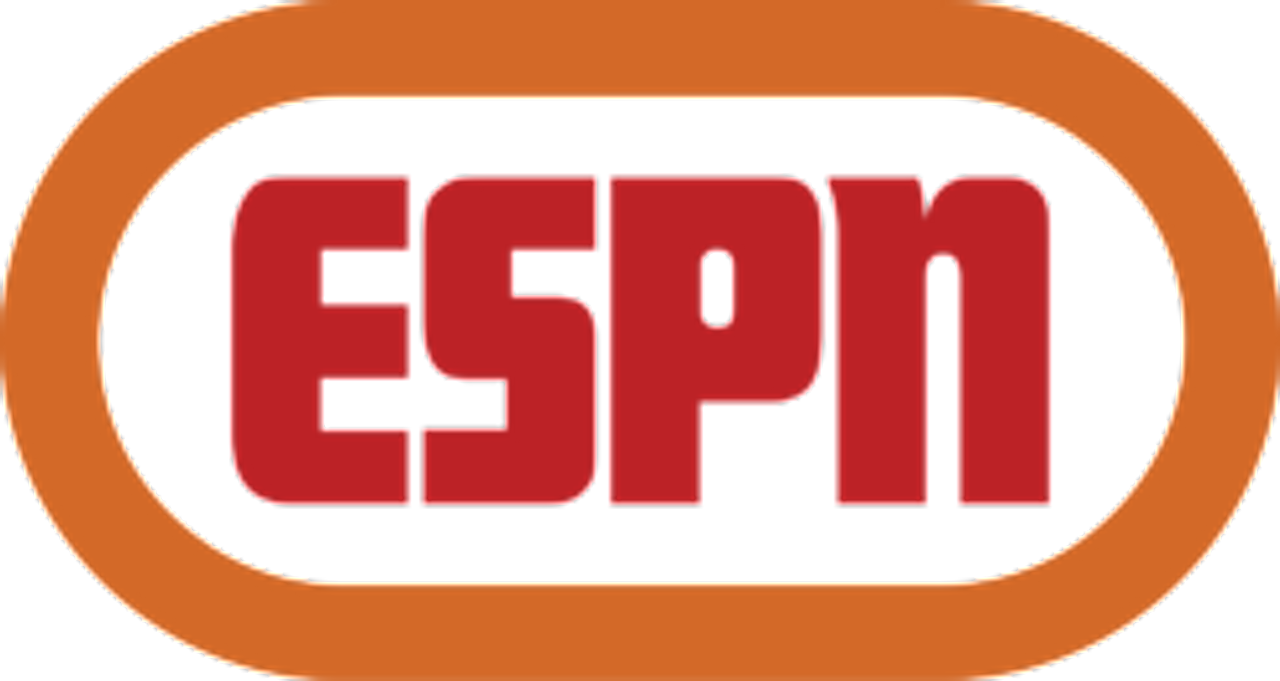 Following the 1989-90 season, the MISL would alter it’s name to the Major Soccer League (MSL) for the final two years of the league, in hopes of playing both an indoor and outdoor schedule, leading up to the USA hosting the 1994 FIFA World Cup. Unfortunately the outdoor soccer plan never came to fruition, and the MISL/MSL ceased operations following the 1991-92 season.

Before folding after 14 seasons of competition, a total of 24 franchises – under 31 team names (seven teams would change city/name) – had played in the MISL.

The San Diego Sockers were the most successful franchise in MISL/MSL history, winning eight of the 14 overall championships. The New York Arrows won the League’s first four championships. 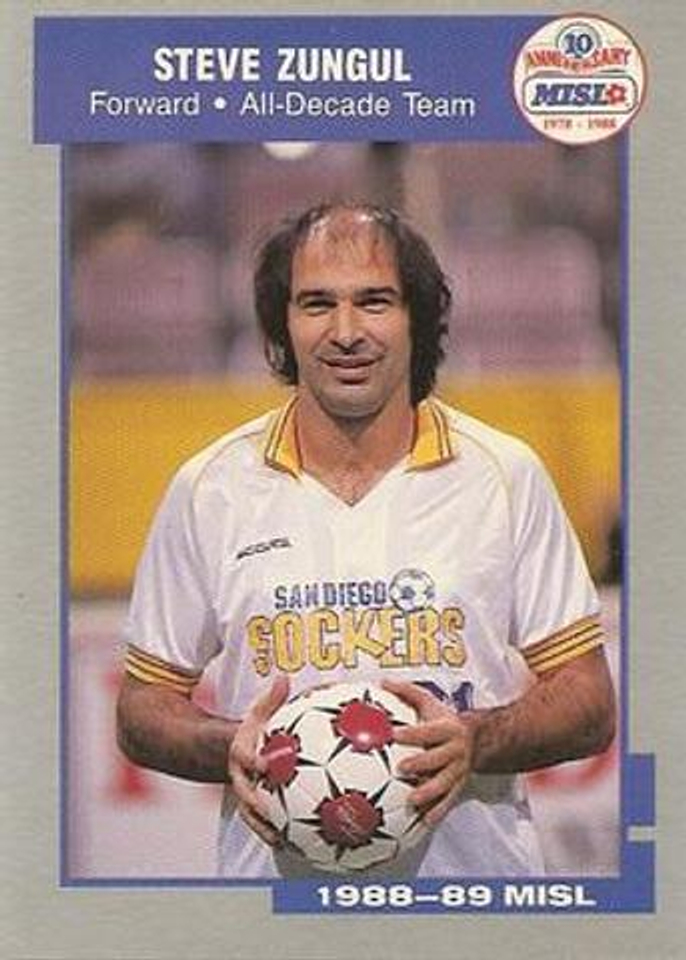 The most successful player in the MISL/MSL is Steve Zungul, a Yugoslav American striker who was the MVP six times, was the Scoring Champion six times, the Pass Master (most assists) four times, played on eight championship-winning teams (and one runner-up), and won Championship Series MVP four times. Zungul is the MISL/MSL's all-time leader in goals (652, nearly 200 ahead of the second highest scorer), assists (471, nearly 100 ahead of second) and points (1,123, nearly 300 ahead of second).

During the early/mid-1980’s, while the MISL was surging, the American Indoor Soccer Association, was formed in November 1983, and was set up to be an unofficial “farm system” for the well-established MISL. The AISA began its first season in November 1984. 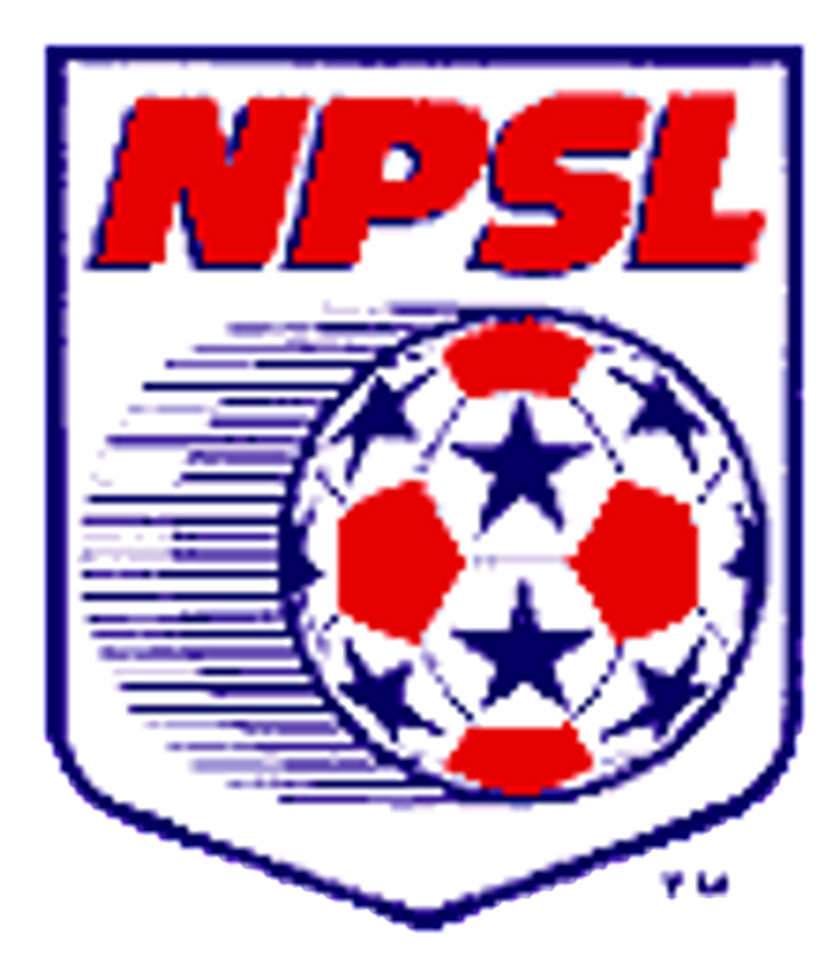 In 1990, the AISA changed it’s name to the National Professional Soccer League. The AISA/NPSL used identical rules as the MISL/MSL for it’s first four seasons, and the two leagues both used a traditional scoring system of 1-point per each goal.

Prior to the 1988-89 season, the AISA/NPSL went to a Multi-Point scoring system similar to basketball, and Goals were worth 1, 2, and 3-points each.

After the MISL/MSL folded following the 1991-92 season, four league markets joined the NPSL – Baltimore, Cleveland, St. Louis, Wichita, to bring the number of teams in the NPSL to 11.

Former MISL/MSL teams San Diego and Dallas, joined the Continental Indoor Soccer League (CISL), another league that was formed in 1993, that would compete during the summer months. The CISL, formed by Ron Weinstein, and Jorge Ragde, operated as a “Single Entity” league, with teams in both the USA and Mexico. Ownership groups included a handful of NBA and NHL Teams. The CISL kicked off with seven teams in 1993 and added eight more teams in 1994. 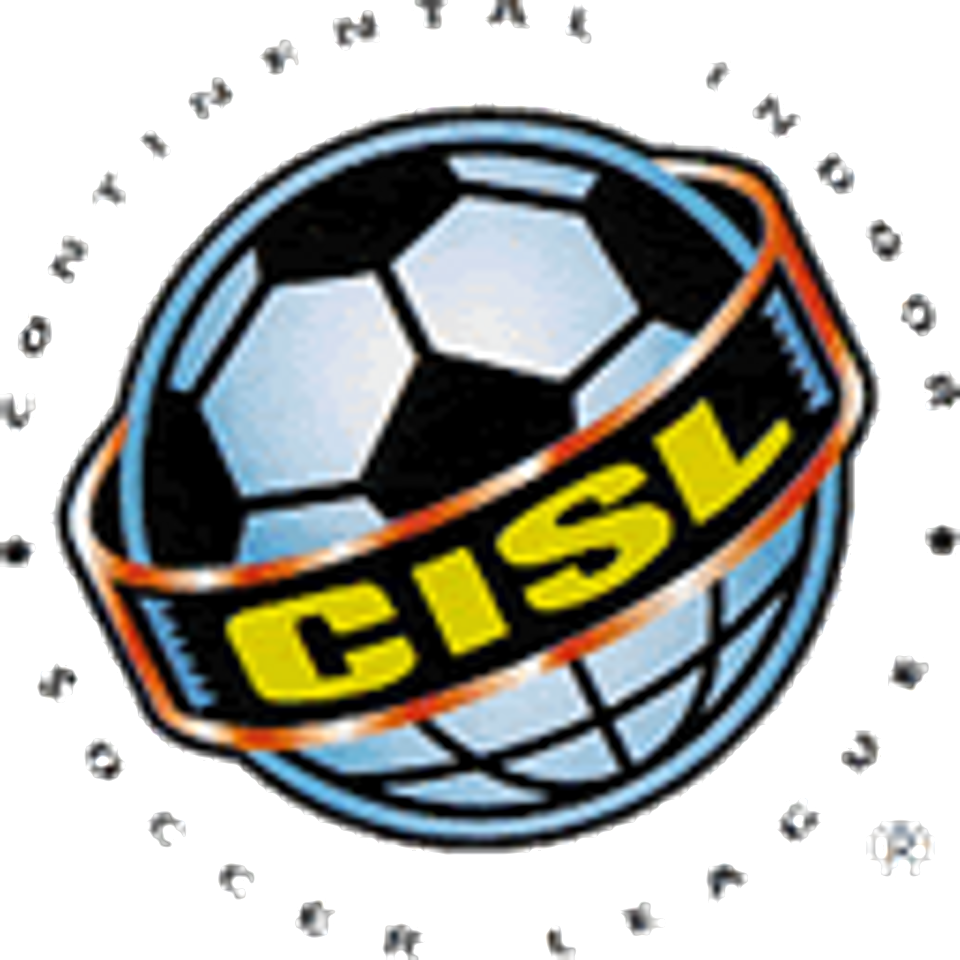 The NPSL (winter) and CISL (summer) would each carve its niche in their respective markets from 1993-1997, giving players an opportunity to play professional indoor soccer on a year-round basis, as a handful of players would play in both leagues. The CISL ceased operations following its 1997 season, while the NPSL continued its business as usual with as many as 15 Teams participating, with the league averaging over 6,000 fans per game. The NPSL had strong markets in Milwaukee (9,000), St. Louis (9,000), Buffalo (8,000), Philadelphia (8,000), and Cleveland (7,000) that were all averaging over 7,000 fans per game throughout the 1990’s.

Following the demise of the CISL, several of its former teams founded the World Indoor Soccer League (WISL) in 1999, which would also compete in the summer months, like the CISL did. The WISL operated for three seasons.

The next decade was not the greatest for pro indoor soccer as both teams and leagues were coming and going, due to a difference of opinions with ownerships groups. The MISL was reformed and competed for a while, and a handful of other leagues tried to operate with a limited number of teams in regional areas, some professional and some semi-professional. 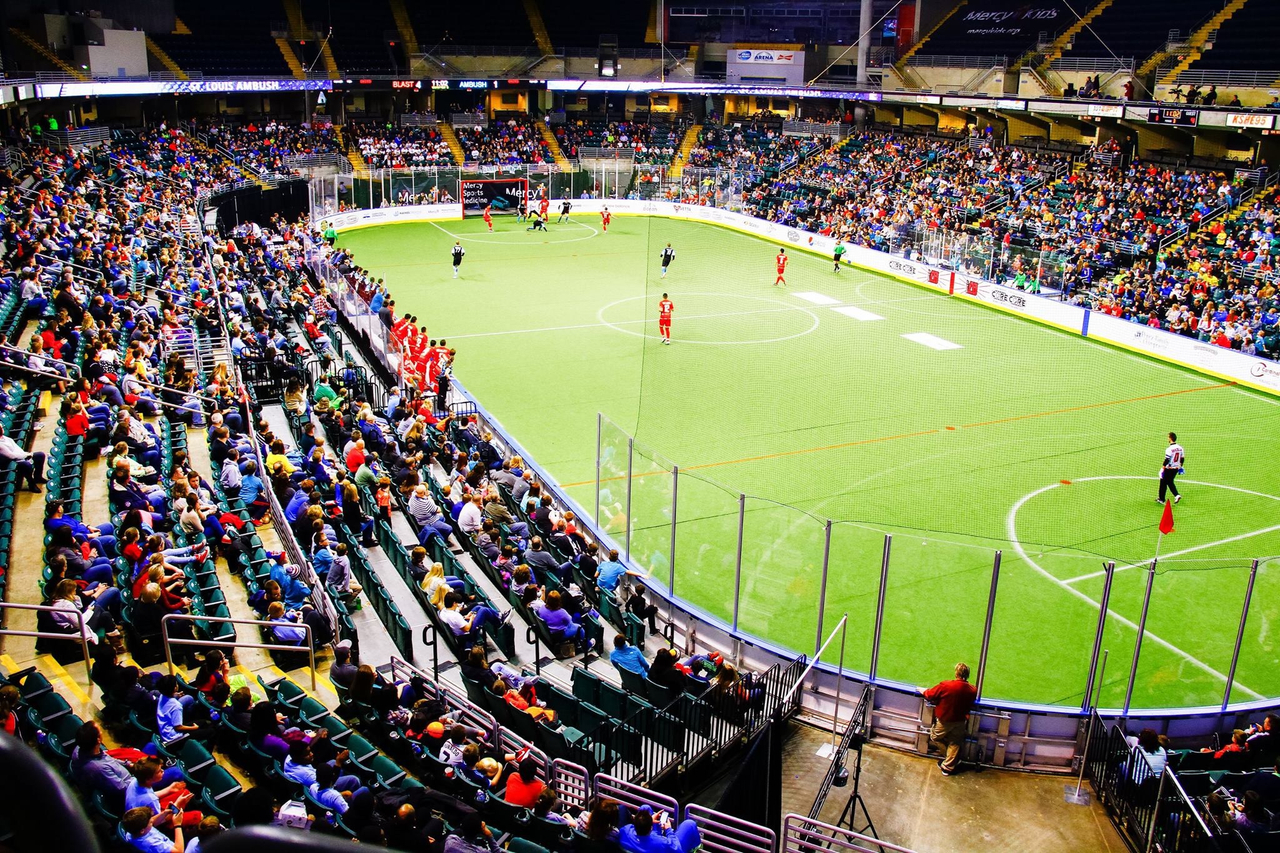 In 2011, the United Soccer League (USL), which had been operating outdoor development leagues at that time, acquired the MISL, in hopes of bringing higher standards and stability to the indoor game. The USL operated the MISL from 2011-2014, before the Team Owners decided to break away from the USL umbrella.

In the summer of 2014, the MISL and select teams from the Premier Arena Soccer League (Pro Division), met in Baltimore and agreed on a merger and formed the current Major Arena Soccer League, which has had its up and downs since kicking off in November 2014. Some teams have played in arenas that seat 5,000-10,000, while some teams have played in smaller rec-center venues. The MASL season runs from December through April.

The new NATIONAL INDOOR SOCCER LEAGUE, which will kickoff in December 2021, promises to provide a tremendous opportunity for players to apply their trade and perform in front of thousands of people. And for the fans, it’s certainly going to be an exciting form of entertainment at an affordable cost for everyone.

Regardless of the number of teams and leagues that have come and gone over the years, make no mistake that the interest is still strong for professional indoor soccer in the United States. The sport still has the ability to attract phenomenal talent from all over the world and thousands of fans head to arenas each game to get their soccer fix during the winter months. 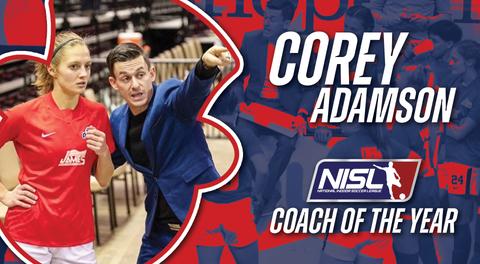 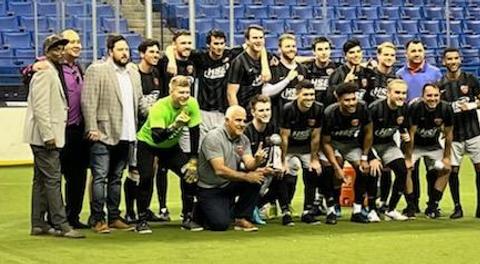 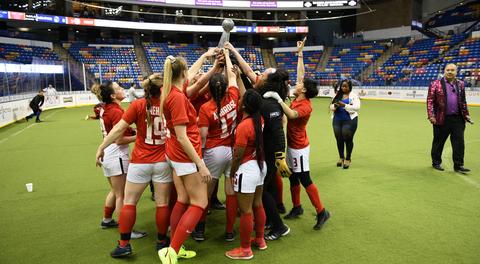 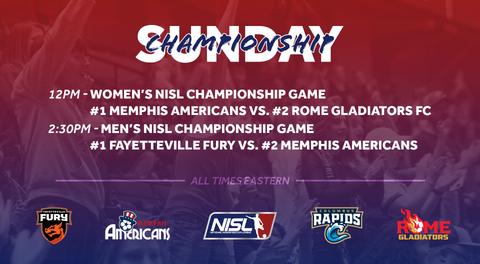